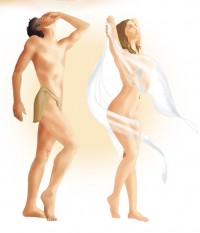 An illusionist seeks to pull a rabbit out of his hat. So he walks on stage wearing an ordinary-looking hat. The audience suspects nothing. The hat is removed and demonstrated as unremarkable. Suddenly the rabbit is revealed. Audience is amazed.

I am a medical illusionist.

It isn’t possible to make you actually younger, but the point of much cosmetic medicine and cosmetic surgery is to create the appearance of looking as authenticly younger as our skills allow.

To be effective, the new look must appear plausible, natural, consonant with anatomic reality and imperceptibly blended with untreated areas. The treatment itself should be undetectable – as was the rabbit.

If the treatment is easily detectable the illusion is a failure. The subterfuge is discovered, and the sought effect does not transpire. and the risk of such a failure is increased when the treatment has been performed too ambitiously, as when a surgeon removes too much skin.

Just as if a so-called illusionist attempts to pull a Doberman from under his hat. The hat is too bulky, the performer walks unnaturally, the cloistered canine barks and moves before its cue. The act is embarrassing, the climax flat, the audience response is a groan.

The true illusionist does not attempt to hide a Doberman under his hat, for the illusion will fail, in which case the performer is no illusionist.

He is a clown.

This entry was posted in Blog, Uncategorized. Bookmark the permalink.